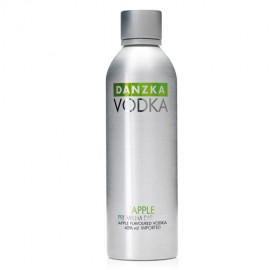 In his new position, Tito Gonzalez will be focusing on growing DANZKA Vodka in the region, and expanding the distribution of Dooley’s Original Toffee Cream Liqueur and other brands owned by the company.

Gonzalez has an extensive background in the region, having worked as an area manager at the Cruzan Rum Distillery, area manager Latin America for the V & S Sprits Company (Absolut) and Regional Director Latin America for Imperial Brands, Inc. overseeing the duty paid, duty free and travel retail business. His most recent position was on the retail side of the business, as Category Director for Grupo Wisa in Panama.

“This is the third time in his career that Tito is working with DANZKA Vodka over the past ten years,” says Torben Vedel Andersen, Global Sales Director. “He worked with me at V & S Sprits when it owned DANZKA, and again at Group Belvedere’s Imperial Brands, when it owned DANZKA. He has a deep understanding of the history and marketing of the brand.”

“We are delighted to welcome Tito back to the DANZKA family. With his knowledge of purchasing and logistics on the store level and his long familiarity with DANZKA in the region, he knows both sides of the business and brings a unique set of skills that will keep the momentum strong as we continue to grow our brands in the Americas,” comments Rüdiger Behn, president of Waldemar Behn.

“This is a great opportunity for me to now focus on the brand, especially with Waldemar Behn where DANZKA is a priority. I think that the brand has found its home with Behn,” adds Gonzalez.

Gonzalez will be working with the company’s regional distributors in place in Latin America and says that the Mercosur market will be a first priority.

Waldemar Behn will be exhibiting at the IAADFS Duty Free Show of the Americas in a new booth area, #223.

The company will be introducing its new DANZKA Vodka Apple to the Americas market in Orlando, following a very successful launch at the TFWA World Exhibition in Cannes. It is the first flavor expansion of DANZKA Vodka in ten years.

The 40%/80 proof apple vodka is the first new flavor for DANZKA since CRANRAZ, and serves as a natural addition to the DANZKA Vodka portfolio of premium Danish vodkas. Featuring the taste of crisp green apples, it has already been awarded a gold medal in “TheFiftyBest Best Vodka awards” last September.

“We are very excited about the development of our business in the Americas in 2015, both with the addition of Tito to our team and the launch of DANZKA Vodka Apple,” says Andersen.

About DANZKA Vodka: DANZKA Vodka offers consumers a premium quality Danish vodka in a Danish designed aluminum bottle that was modeled on the classic cocktail shaker. DANZKA Vodka is made using an advanced production process – a combination of water extracted from the underground that has been demineralized, 100% whole grain and a six-column continuous distillation process – producing a smooth aromatic vodka, rich in taste, with a slight note of citrus that makes it ideal to drink chilled. DANZKA Vodka is the world’s best traveling premium vodka. Its proprietary aluminum bottle of sleek Danish design is made to chill very quickly as it protects one of the world’s great vodkas for safe handling and travel. Internationally, DANZKA vodka is one of the bestselling vodka brands in global Duty Free. The DANZKA Vodka line consists of 40% alc vol and 50% alc vol (FIFTY) versions of the mother brand and five flavors: the newest DANZKA Vodka Apple, DANZKA Vodka Grapefruit, DANZKA Vodka Citrus, DANZKA Vodka Currant and unique to DANZKA Vodka, Cranraz – a unique combination of cranberry and raspberry.

About Waldemar Behn: Waldemar Behn is a leading family-owned company in the German liquor business, initially founded in 1892. The company is managed by the fourth generation, brothers Rüdiger and Waldemar Behn, and is still fully independent. Waldemar Behn is renowned for launches of innovative spirits and creative brands. The newest addition to the portfolio, added in 2013, is Denmark’s globally recognized DANZKA Vodka, which joins Waldemar Behn’s other international favorite, “Dooley`s Original Toffee Cream Liqueur. The company has a strong presence in its home markets, where the portfolio stands on three strategic pillars: (1) “Kleiner Feigling”, one of World`s leading fun brands and the best-selling liqueur in a 20ml shot bottle (2) Established regional and national spirits, especially liqueurs, with a long tradition in the German market, including “Radeberger” and “Küstennebel” (3) and Innovative brands with international approach and relevance for cocktail bars as well as liquor-stores, led by DANZKA Vodka and Dooley’s Original Toffee Cream Liqueur. www.waldemar-behn.com

8. May 2015Presse ENBy behn-stapelfeldt
» back to overview