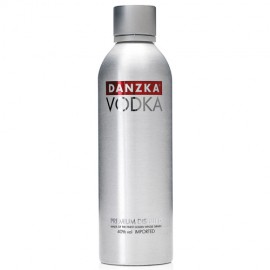 DANZKA Vodka returns to the TFWA Asia Pacific Exhibition & Conference in Singapore after an absence of a few years with new owners, German family-owned Waldemar Behn GmbH, but with the same award-winning Danish vodka consumers around the world love.

“I am so pleased to be back both in person and with DANZKA Vodka in 2014 in Singapore. We look forward to continue to expand the sales and distribution of DANZKA Vodka in Asia and to meet old friends again,” said Torben Vedel Andersen, Global Sales Director.

The family-owned German company acquired DANZKA Vodka, the world’s best traveling vodka, in 2013.
Already known globally as the “Vodka with Attitude,” DANZKA Vodka is continuing its growth and acclaim throughout the world. In its latest Tasting in Latvia, DANZKA Vodka ranking N°1 within the Premium Vodka segment, besting brands such as Belvedere and Smirnoff Black.

In Singapore DANZKA Vodka will be featured on the Waldemar Behn GmbH Stand D34, along with the new design for its award-winning Dooley’s Cream Liqueurs

30. May 2014Presse ENBy behn-stapelfeldt
» back to overview